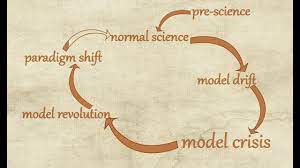 There are three “levels” of WISDOM. The first is to become aware of something. The second is to do some intellectual inquiry into what you have become aware of. The third is your direct personal experience.

Sitting in meditation is, arguably, the core practice in the process of awakening. It can be the “hub” from which all other inquiries emanate. I have discovered that The Vipassana Meditation Technique to be the most direct way to approach “sitting” in Meditation. I highly recommend purchasing this book, reading it and considering it as an integral part of your journey.

I went to the initial 10 day Vipassana Retreat. No phones, no reading, no yoga, no talking, no looking at others. It was the hardest thing I ever did. I also reduced my insulin requirement by 50% for the 10 days. As soon as we came out of “Noble Silence” I needed my normal dosage!

Our world is a mathematical environment. The Fibonacci sequence is a fascinating way of understanding the process of unfolding. I don’t spend a lot of time with the math. That is for you to dive deeper into. However, I can ‘see’ the relevance of this sequence. Can you?

Everything that arises does so with its’ polar opposite. It’s just the nature of our world…..Yang-Yin, Male-Female, Positive-Negative, Good-Evil, Light-Dark, Fulfillment-Desire, ……….

Ken Wilber and Integral Theory is a map I found in 1997. WOW! What a comprehensive representation of the unfolding nature of our world. Wilber is for those who tend to be more ‘academic’ in nature. He uses big words and I have to stop every paragraph to look up the definition of word I don’t know or am not sure about. Wilber’s Integral Theory has grown into an online community call Integral Life. This community is in the process of injecting integral thought into many areas of our society such as Medicine and Politics.

Kabbalah is a map I am cautious of introducing to others. When it comes to “Religion” people tend to be protective and defensive of their current beliefs and ‘faith.’ Some even think it is apostasy to even consider another way of looking at things. Many religions put right out front…..WE HAVE FOUND ‘THE WAY’ AND THERE IS NO OTHER WAY AND YOU ARE EITHER WITH US OR YOU ARE AGAINST US.” This attitude turns those who are not religious off. With all that said, Kabbalah does not have the need to believe or have faith as one of its components. In fact, the first thing you hear from a Kabbalah teacher is don’t believe anything. Very Zen. A great Zen Master once said…”The quickest way to enlightenment is to doubt everything.” Think about it…..Everything arises with its polar opposite. So, to create Great Certainty one can do so by creating Great Doubt.

I group these three ‘subjects’ into one map. There are a lot of resources in this website to choose from. In The Truth Seekers page you will find a series of Podcasts on Human Development done by Bill Harris. It is very well done.