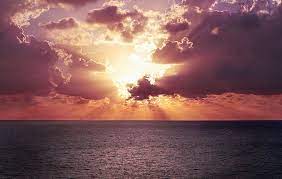 Quantum Mechanics has provided all of the necessary data which to present a more solid and persuasive case for God than religion ever could.

The Particle/Wave Debate – For a long time physicists debated as to whether energy of existence could be reduced to basic building blocks called particles or whether it was a wave form. Quantum Theory/Physics/Mechanics finds that energy behaves as both a particle and a wave.

Every Particle contains Information – Every particle in the universe is a carrier of knowledge. Every particle is “conscious.” As humans, we tend to assume that only we are conscious, because only we seem to be self-conscious. The human brain is a receiver of the information contained within each particle. The information received by the brain is stored in every single atom of our bodies. For organic beings, the “filing system” provided for every living molecule is DNA.

Every particle communicates with every other particle – Being, after all, but moving points on some infinite wave, particles are in communication with one another at ALL times. Anything one given particle experiences can be experienced by another particle simultaneously. They are all part of the same wave; the same energy flow.

Ok. So let’s try and bring this all together. Remember the three levels of wisdom? So important. They match up perfectly with the three stages of Kripalu Yoga. Three is the foundation or structure…..of anything. Think about receiving and doing intellectual inquiry into this type of information like you are doing a new yoga pose – First, Right Alignment. Dissolve present knowing by being willing to suspend your current conscious and unconscious beliefs.

When you consciously receive by mastering awareness of the first two “levels” of wisdom then you create a more purified channel to the third level of wisdom – Your Individual Personal Authentic Experience! Time to Wake Up. Perhaps this is a way……

As Above So Below

Ok. Now this is where it gets a little funky. Now is the time that I would ask you to suspend, not only your beliefs, but your disbeliefs. They are one in the same, aren’t they?

Once upon a time, before the creation of the universe, there was an infinite positive force of energy that some people have the habit of calling ‘God.” This energy filled all reality. There was nothing else besides this Energy, this Light.

One fine day, God decided to share all His Light, which consisted of love beyond love, bliss beyond bliss, and joy beyond joy. But there was no one with whom to share. So, God created a being to act as a recipient, to receive the goodness that God wanted to give. This being of receiving was one giant soul, which encompassed what would later become all the individual souls of humanity, even yours. This being was The Vessel. God filled The Vessel with infinite happiness, whereupon both God and The Vessel lived happily ever after……….

So, what happened? Not much, really. Only the development of the cosmos, including the entire history of human civilization up to and including the present moment, as well as the events that will transpire tomorrow, leading to the final destiny of the world.

From our perspective, that’s a lot. But from the perspective of God, it transpired in less than a blink of an eye.

What happened? the Big Bang happened and The Vessel shattered into infinite particles traveling across space and time and forming the universe.

Why did it shatter? Why did Happily Ever After give way to Miserably Ever More? Did we do something wrong? Wait! There is was no “we”, there is was only the original vessel. Did God get angry with us? Is this punishment? Is it a joke? Maybe it is some horrible mistake?

Are we each a particle of the original Vessel that was created to receive God’s beneficence. Is there a way back “hOMe?” Or, are we destined to live out our lives in quiet separation?

As above, so below.