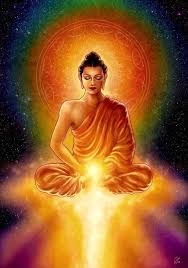 A Kripalu Yoga teacher is trained to follow a 3 step process in guiding yoga inquiry: 1.). Tell them what you are going to do. 2.) Do it. 3.). Tell them what you did. Over the last three months we have continued our exploration of the fundamental forces of duality in Nature; The Yang and The Yin. We have also inquired into the relationship between the two resulting in a growing awareness of an emerging third aspect that creates our 3 dimensional world. We have also studied and put into practice different meditation techniques. Those who have instituted a daily meditation session are firmly on the path. And finally, we have looked at different “maps of the territory.”

We all have different perspectives, beliefs, assumptions etc, however, we have agreed that we will all persevere in suspending these beliefs and at times, suspend our disbelief. This allows us to transcend what we are immersed in and more objectively look at what we are studying. We are “emptying our cup” so we can fill it again. We are allowing confusion to be present so we can resolve it. We are confronting the issue head on so we can be response-able.

With that said, let’s look at life as a game. What is the objective of the game? What are the components of the game? What is the best strategy/best practices? How do we play to the best of our ability? How is the game scored, how do we know who wins? Over the next 2 months I will be focusing on the first question as we continue with the meditation, mapquesting and yoga. We are calling this Phase Zero; Seed Level.

WARNING: I have all four lessons of Moshe Rosenberg’s presentation of the four phases of Kabbalah (really five because there is a zero phase) on audio. I happened to find his first lesson on YouTube. This first lesson is an introduction to his presentation. It is an hour and 13 minutes long. I have listened to this lecture many times. The study of the four phases is, perhaps, the deepest and most profound concept in the spiritual technology called Kabbalah. I understand that many people have existing beliefs with anything associated with religion. Can you suspend your current beliefs and do the inquiry? If not, then pass this by. However, to the motivated quester, this presentation is the essence of Creation itself. It is a description of the process of Creation according to the Kabbalah map. Knowing about this is valuable. Going to the 2nd level of wisdom and inquiring into it is going where few go. Then, when we begin to overlap this wisdom with other perspectives awareness increases. Awareness drives growth. It is said that if a man or woman does everything perfectly in this life; is successful, has a perfect marriage, a son and a daughter and grandchildren and great relationships and does charity and is well respected and all the other things this physical life deems successful, he or she is only achieving 1% of his or her potential. The other 99% exists in the spiritual realm. The four phases paints the picture of Creation from before the Big Bang to today. And best of all it addresses THE WHY?

“Better a single day of life seeing the reality of arising and passing away than 100 years of existence remaining blind to it.” The Buddha.

We are on the precipice of a Paradigm Shift.” What is Paradigm? The word paradigm derives from Greek and Latin and has been in use since the 15th century. In Greek, ‘para’ meaning ‘beside’ and ‘deiknynai’ meaning ‘to display or show’ were combined to form ‘paradeiknyai’, which possessed the literal meaning ‘to display side by side’ (1) (2). A paradigm is a standard, perspective, or set of ideas. A paradigm is a way of looking at something. The word paradigm comes up a lot in the academic, scientific, and business worlds. A new paradigm in business could mean a new way of reaching customers and making money.

Have we been inquiring into paradigm? Is that what we have been doing? The immediate “problem” in our society right here and right now is that there is a battle over the paradigm. Some call it “the narrative.” Some call it “who we are.” Joe Biden sees this war as “The battle for the soul of our nation.” Really? Is that what it is?

The TRUTH is that Dharma cannot be grasped. The Tao that is spoken is not the Tao. Yet, it can be pursued. That is what we have been doing in our zoom meetings over the past 6 months. We have been pursuing Dharma. We have been looking at and studying “maps of the territory” that describe it. We have become aware of and began practicing meditation and mindfulness in order to connect to it. And we “do yoga” to help process what we become aware of.

The paradigm is about to shift big time. And yet, the real paradigm, Dharma, never changes. What a paradox!

This upcoming year I will be accelerating the pace of inquiry. We have built a foundation from which to continue to journey and, because of that, we are ready to move into uncharted areas. I feel this. I am not sure how it is all going to manifest but, as I mentioned in a previous email or post, I am sectioning the year into 5 phases. We are currently in the first phase or PHASE ZERO. This phase will continue until January 2, 2021.

We are in the third reading called Lech Lecha – Genesis 12:1 – 17:27. The reading starts with God talking to Abraham – “God said to Abram, “go away from your land, from your birthplace, and from your father’s house, to the land that I will show you.”

Last week’s reading, Noach, was about the flood and the tower of Babylon. …. ..The portion ends with God destroying the tower. During this time there was one language with all the people (unity). “God descended” to see the city and the tower that the sons of man had built. God said, ‘Come, let us descend and confuse their speech, so that one person will not understand another’s speech. God scattered them all over the face of the earth….”

Why did God flood the earth and why did He destroy the tower? Questions to be explored. Nevertheless, now Abram is told to move.

So, why do I include these Torah Portions in each week’s posts? I have been ‘following’ the Torah Portions over the past 10 or so years. Loosely at first and more intensely the last 3 years. Each week I research the portion and connect to the actual reading in the Bible. I also have a Zohar. The Zohar is a 23 volume work which interprets each Torah section. Each year I receive a new insight. Whether you identify as Jewish or Christian, Buddhist, Atheist, Agnostic or some other religious, spiritual or mystical school follower,, The first 5 books of the Bible; The Torah is a significant scripture.

I searched many a videos to share here with you and then I came across Shual’s video post. It is recent and I just love his kind and soothing way. I hesitate in sharing this because it is longer than I wished to share and it is not the best quality video because he recorded it live and there was some connection issues. However, I guarantee that if you invest 35 minutes of focused concentration and attention you will walk away with a few gold nuggets that may be priceless. If you want to double the impact read the section in Genesis corresponding to this week – 12:1 – 17:27.

REMEMBER: In order to do this work you do not have to believe or have faith in anything. In fact, the instructions are to remove your belief or better said…..suspend your belief as well as your disbelief…just like when you reach the end of the exhale….extend the exhale; stay empty….Find your “still point.”

A few weeks back I recommended a book written by Ken Wilber called “The Marriage of Sense and Soul; Integrating Science and Religion.” It is a deep, complex and fascinating work of dissecting the relationship between science and religion. In today’s world we find the concept of science at the forefront of many of the BIG issues of the day; Climate change, masks, racial and social equality, abortion…..etc.

Steve Zabriske read the book and created and took the time to type up a few excerpts he thought relevant to the inquiry we have been engaged in with yoga, meditation and mapquesting. He sent it as a document attachment and I am sharing his email and the excerpts he chose here…..

“Hi, Michael. I just finished, this morning, my Kindle edition of Wilber’s Marriage of Sense and Soul. That was a labor. Lots of pretty dense areas in terms of philosophical discussions and theories. But I ultimately enjoyed it. The final Chapter is like shavasana—the reward’s at the end.Anyway, I pulled some interesting segments out of it, which describe where I think we’re trying to get, and use some compelling language and images. Share if you like. Thanks”

Excerpts from Ken Wilber, The Marriage of Sense and Soul, 1998

I. “In 1970, R.K. Wallace published “Physiological Effects of Transcendental Meditation”… Wallace’s…research demonstrated that people in a meditative state display very real and sometimes very dramatic changes in the body’s physiology, including everything from blood chemistry to brain-wave patterns. …[T]his research clearly demonstrated that, whatever else meditation is, it is no mere subjective fantasy, ineffectual daydreaming, or inert trance. It produces dramatic and repeatable changes in the entire organism, and most significantly in the electrical patterns of the brain itself, presumably the seat of consciousness.

“The question then arises, ‘But what is the actual meaning of this fourth estate? What does it tell us?’ And the only possible answer is ‘Enter that state yourself and find out.’…

“Of those who do take up the injunction [to enter that state yourself], the strong consensus is that, in this fourth state of consciousness, qualities and insights and freedoms most often characterized as ‘spiritual’ come increasingly to the fore. An expanded sense of self, consciousness, compassion, love, care, responsibility, and concern, tend gradually but insistently to enter awareness….

“In short, it appears that the very contours of the Divine begin more clearly and more intensely to manifest through this fourth state of consciousness.”

[Throughout the early portions of the book Wilber develops the explanation of science opposing the validity of anything that can’t be objectively observed and measured and proved. He breaks down existence into a variety of levels. The big three are the I, the WE and the IT. I, of course is the individual, subjective, and is expressed through Art; WE is the collective of society and its arena is Morals; IT represents the sensorimotor world of Science. I = Art = Beauty; WE = Morals = Good; IT = Science = True.]

“The result, we might say, is a liberal Spirit, a liberal God, a liberal Goddess. In common with traditional liberalism, this stance agrees that the state shall not legislate the Good life. But with traditional conservatism, this stance places Spirit—and all its manifestations—at the very heart of the Good life, a Good life that therefore includes relationships in all domains, from family to community to nation to globe to Kosmos to the Heart of the Kosmos itself, by any other name, God….”

“…[S]tanding within the political freedom—the liberal freedom—offered by the Enlightenment of the West, transrational awareness then moves into its own higher estate by pursuing spiritual Enlightenment, which it then offers, within that same political freedom, to any and all who desire to be released from the chains of space and time, self and suffering, hope and fear, death and wonder….”

“And on the distant, silent, lost horizon, gentle as fog, quiet as tears, the voice continues to call.”